Our first was the Atbash cipher. I encoded a group of words and asked the children to work out the connection between the words. I used these groups: DC Comics superheroes, the sun, the moon, and the Seven Wonders of the Solar System. This last one had a ‘match the picture’ round. I explained that I chose the moon as it is nearly 50 years since a man first landed on the moon. The words in my moon group were: full, half, Apollo, lunar, crescent, gibbous, waxing and waning.

The second was the Jefferson cipher wheel. I was in possession of a replica wheel. I showed the children that each disk has a random sequence of each letter of the alphabet, which can be removed and replaced in an agreed order. The plaintext is then spelled out on one row of the wheel. Every other row will look like gibberish. One of these rows is chosen as the ciphertext. The recipient of the coded message sets their wheel to the ciphertext and turns the wheel around until they find the one row which make sense, which is the plaintext. The activity was to decode the Seven Wonders of the Ancient World, then match each to its picture. The children found it quite hard to manipulate the wheel: some of the disks were stiff and hard to turn, and others were a little too loose. This made it hard to line up each row in a straight line. With some help the children were able to decode the Great Pyramid of Giza and the Colossus of Rhodes. As we were running out of time I read out the names of the other five wonders, and we went straight to the pictures to match everything up.

Our third cipher was the Ancient Runes. There were some mythological beasts and monsters that we did not have time to look at last week, so I reused them and encoded them in the Runes. I do love a ‘match the picture’ round so included one here. After decoding such beasts as the Basilisk, Manticore, Chimera, Werewolf and Griffin the children were successful in matching it all up. 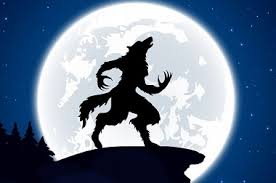